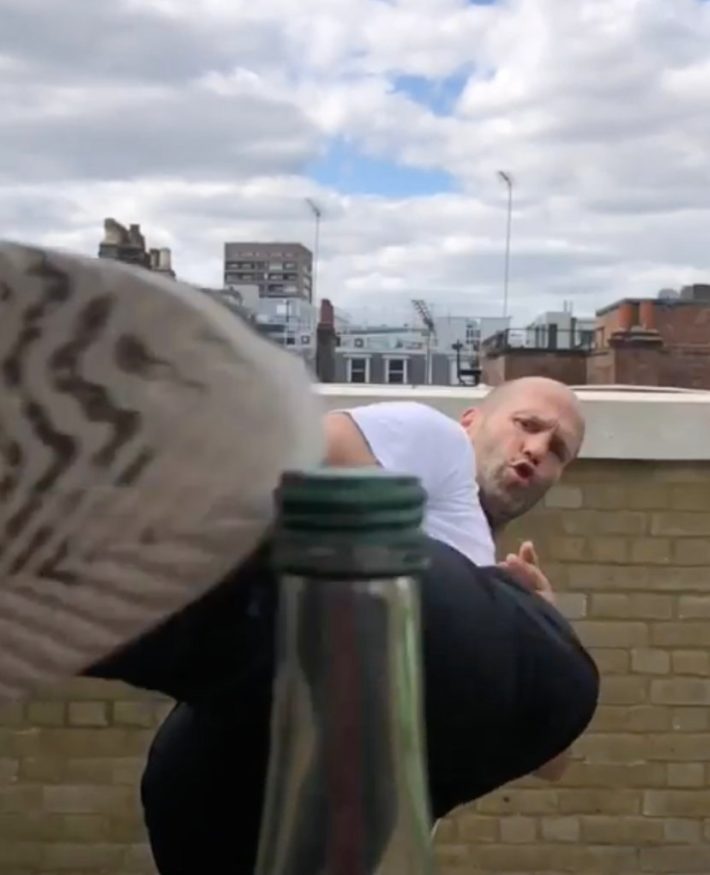 Every year, when we are halfway through it, a new challenge takes the internet by a storm. While some of them such as the Ice Bucket Challenge was started with the intention of raising awareness on Lou Gehrig’s disease, some others such as the Blue Whale challenge has proven detrimental.

The challenge that has gone viral this year is the bottle cap challenge and it requires much agility and skill.

While the social media is flooded with people taking up the challenge, mentioning action hero Jason Statham and the hashtag #BottleCapChallenge, it is not him but Max Holloway who started it.

What does the challenge entail?

As per the new viral challenge, one has to knock off the cap of a plastic water bottle with one quick kick, without toppling the bottle. The cap needs to be loosely placed atop the bottle and must be fully unscrewed with a swing kick or roundhouse kick.

How did it start?

The original challenge was started by members of the mixed martial art fraternity, but it was definitely UFC Featherweight Champion Max Holloway and designer Errolson Hugh who made it popular.

The task, however, caught the attention of the challenge-loving netizens when Holloway put up a video last week where he can be seen unscrewing a capped bottle with a spinning back kick. He captioned the post: “Passing this on to our guy John Mayer.”

Mayer took up the challenge and shared his own video and challenged actor Jason Statham in turn, who posted a slow-motion video of the stunt. It has received over 15 million views.

Bollywood celebrities take the Bottle Cap Challenge. Actor Vidyut Jammwal has added his own twist to the trend. The Commando actor performed a roundhouse kick with not one but three bottles and nailed it like a pro.