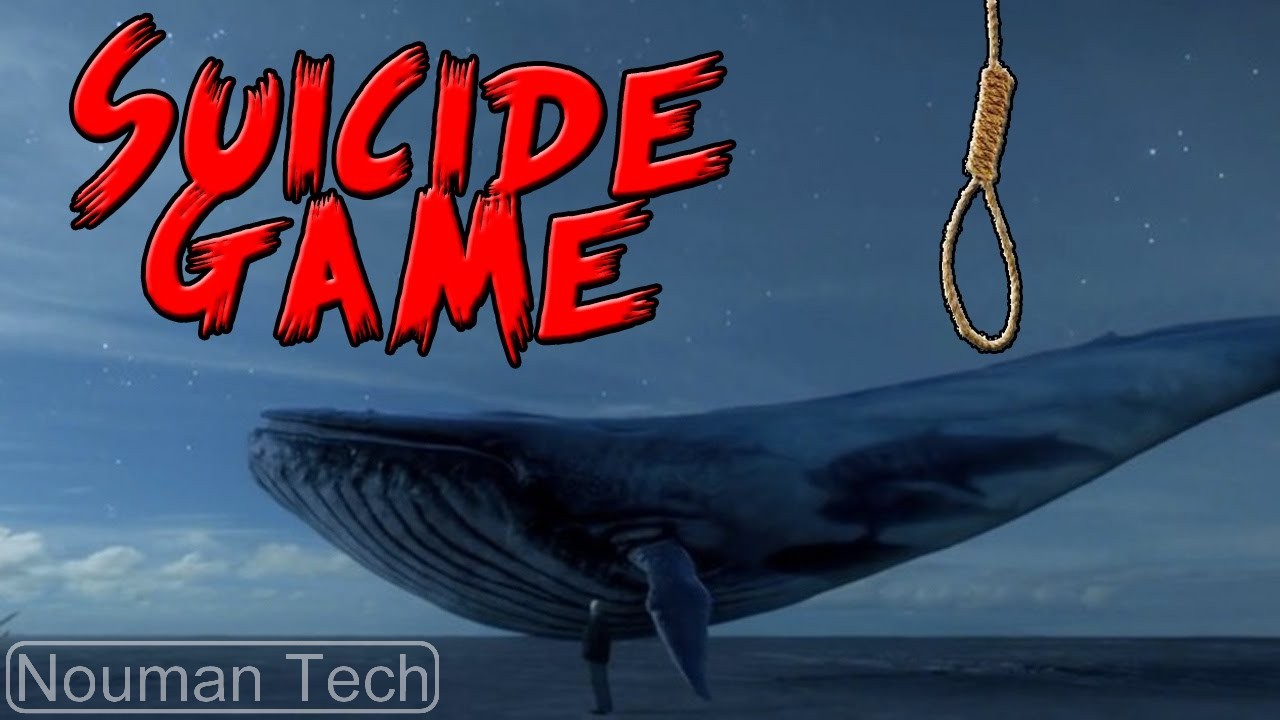 Is Blue Whale Enough To Ruin Your Life

Now a days we are scared of suicide game available online through social networking sites.

Suicide games main targets are depressed person who lose their hope of living and teenagers.

There are so many online suicide games with so many challenging tasks.

Since there is no application and no website for the challenges, it can’t really be banned – not unless you completely ban the internet. 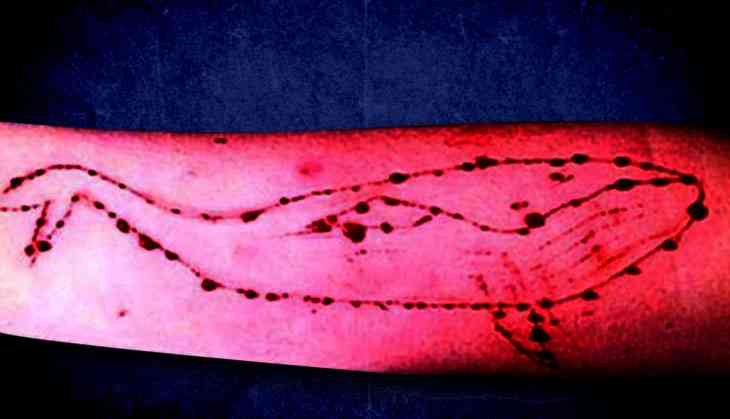 Blue whale death challenge is a 50 days death challenge game. The game gives a task each day to the players for 50 days. The tasks are “carve on your hand with sharp weapons like razor or knife”, “wake up at 4:20 in the morning & watch the horror movie that admin sends you”, “go to the railway tracks alone at 4:20 in the morning”, “don’t talk to someone for the whole day”, and at the end on 50th day “ jump from the building”.

The participants who wanted to quit the game in the middle were threatened. 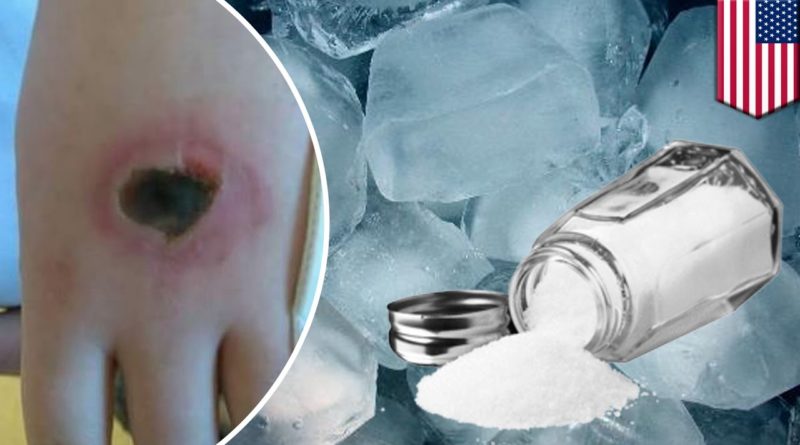 No one had ever think of that how two simple things available at home can be dangerous. In this game teens need only two things ice and salt. To complete the challenge participants need to pour salt on the part of the body usually arm and put the ice cube and see how long they can hold ice and salt together. The pain from this game is equivalent to second and third degree torture. 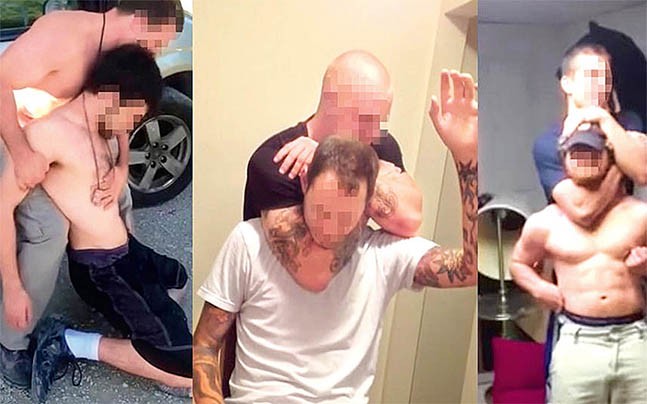 Choking death game is a game in which participant intentionally cut off the oxygen to the brain by which temporary loss of consciousness arise.The participants have to strangle themselves or others through brief hypoxia, a lack of oxygen to the brain. In 2014, choking game become the social media craze among the teens. It also results in death in some cases. 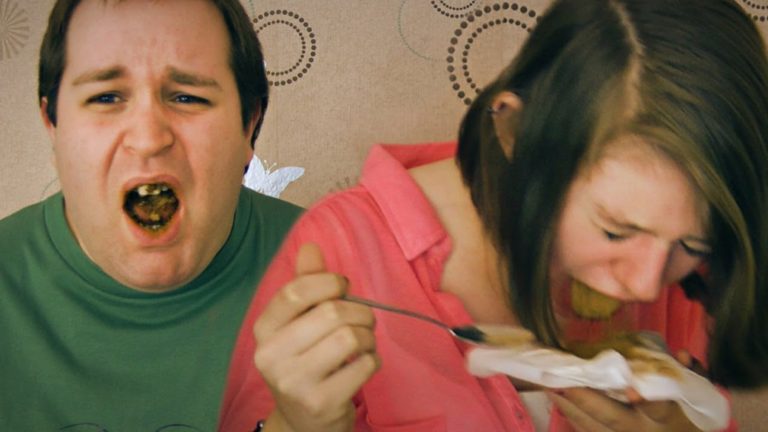 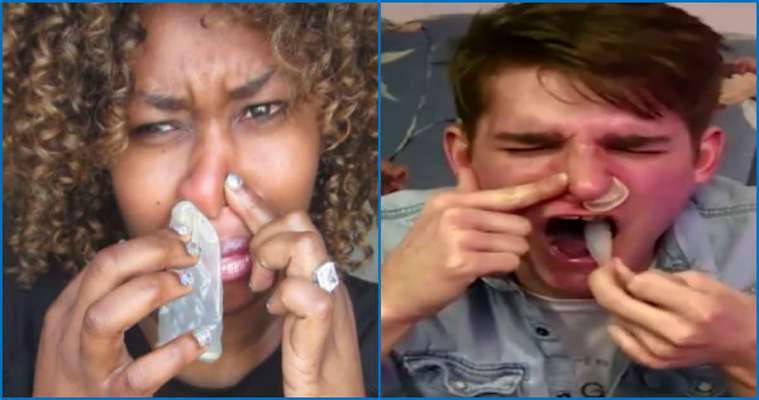 There are 2 condom challenges. One is Nasal Cavity, the challenge consist of snoring the latex condom from the nostril and snoring it into the nasal cavity and back through the throat to be pulled out of the mouth. The video went viral in 2012 when one man successfully completed the task.

Other one Water Drop, in November 2015, this challenge involves filling a condom with the water and filming it being dropped on one’s head. It results in participants face immersed with the water held within the condom.

This challenge targets teenager women who love to take selfies. The lips of the reality star Kylie Jenner attracted the social media challenge involving bottles to swell the lips. Plump lips gives the sexy looks. Expert says that this is very risky.

Teenagers who attempted this task says that this very painful and the blood vessels are break and they are still suffering.