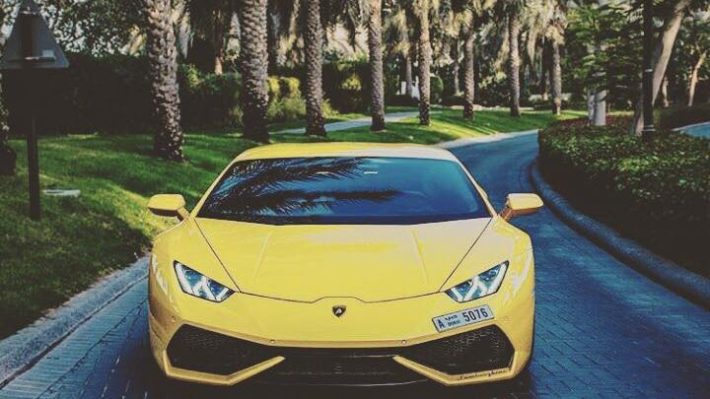 A European tourist driving at nearly twice the speed limit in a super car Lamborgini Huracan On Sheikh Zayed Road fined Dh170,000 ($46283) in less than 4 hours for breaking traffic rules.

The driver age 25, broke the speed limit 33 times only hours after he rented the Dh 1.3 million car from the Saeed Ali Rent a Car dealership.

The tourist drove between 126kph and 230kph according Dubai Police Records triggering every radar on his way.

The owner of the dealership said between 2.31am and 6.26am on July 31, they received notification about the offence after he hired it. 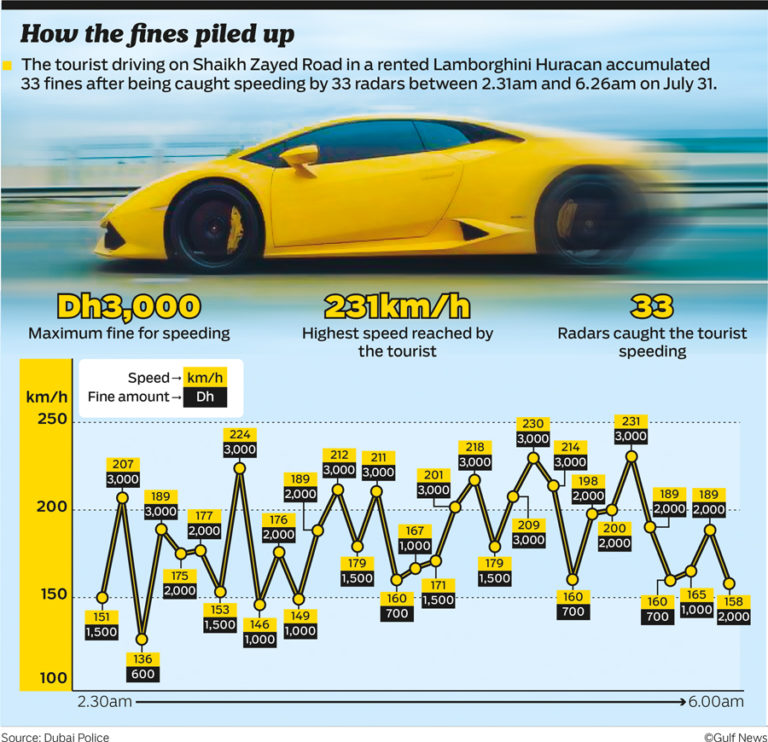 He was caught speeding in the supercar 32 times on Sheikh Zayed Road and once on Garn Al Sabkha Road.

Many of the fines were minutes apart and two occurred within 60 seconds.

Faris Iqbal, 26, a partner in the dealership, said the tourist paid Dh6,000 for two days’ hire and left his passport as a ­guarantee.

“The fines for the 33 offence amounted to Dh70,000 caught by radar and to retrieve the car from the police pound amounted to Dh100,520.

The tourist, who gave his address as the Five Palm Jumeirah Hotel and Resort, still has the car. The dealership has his passport while a disagreement over payment ­continues.

Ebrahim the deaIer said that I don’t know that tourist will pay the fines or not because there is no clear procedure to crack down on customers who commit such offences,” 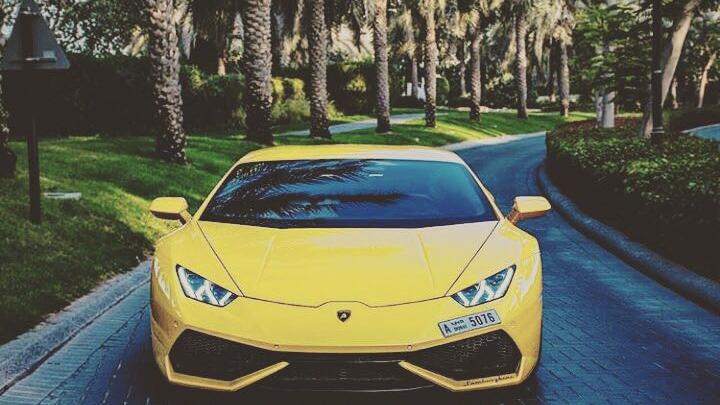 A Dubai Police officials told Gulf News that radars do not capture the  people driving the vehicle it only captures the license plate number.

Ebrahim went to the police station to file a complaint but the police officers told him that you can only complain when tourist didn’t pay the rental fee. There is no procedure for rental companies to protect them from such incidents.

Ebrahim said that now he is afraid that tourist will pay fines or will leave country and leave him in a lurch. Police said that they can’t help him only the way is left to go to the court and ask for compensation.